Braddock, A.K.A. Janel Braddock, is a M.A.Y.H.E.M. field agent and part of the Carnage a Trois, alongside Daisy and Yeti.

Braddock was stationed at Camp Avery. After L.E.G.I.O.N. launched an attack on Jacksonville, Florida, she was quickly deployed to fend off enemy forces barraging the city.

Master Tactician Janel Braddock comes from a long line of military lifers. Her father served in Nam, her grandfather in Korea. This Louisiana native's blood goes back to the Battle of Lake Borgne. There was never any question she was going to serve.

When she discovered the recruits she was training were actually going to be shipped off to fight for L.E.G.I.O.N., Janel's faith in the US military was shaken. She left her beloved corps and joined M.A.Y.H.E.M. to even the stage.

Braddock MAYHEM ability, Air Strike!, has her using her cigar as an IR targeter, Braddock calls down a barrage of laser strikes onto the battlefield.

Braddock is currently in a romantic relationship with M.A.Y.H.E.M.'s Field Logistics Friday[1].

She has a friendly rivalry with Hardtack as they represent different branches of the US Military. 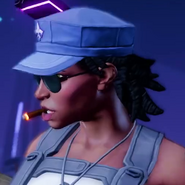 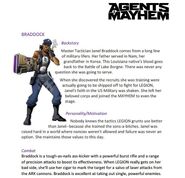 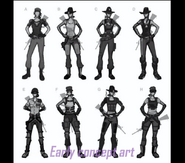 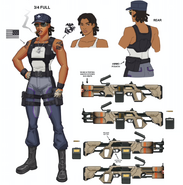 Promotional image of Braddock from Xbox One Store

Braddock fanart done by TamberElla as part of the DeviantArt's After Hours project. 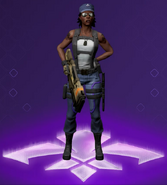 Retrieved from "https://agents-of-mayhem.fandom.com/wiki/Braddock?oldid=3386"
Community content is available under CC-BY-SA unless otherwise noted.